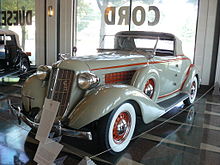 The markets in North America and Japan were stagnant, whereas those in South America and Asia grew strongly. Gasoline automobile powered by an inner combustion engine: three wheeled, Four cycle, engine …